At the time we adopted our two cats I was serving as a volunteer. Our two previous cats had recently died and I had begun caring for an older, long hair female cat at SAFE Haven. I thought she would be a good pet for us and convinced my husband to come see her. He was not as “taken” with her as I was so we began walking around looking at other cats. When he stopped to pet a couple of kittens in one of the upper cages, a little paw suddenly came out from the lower cage and grabbed his pant leg. When we stooped down, there was this cute little black and white boy named “Captain America” reaching out to “pick” us! He was, in fact, the same little fellow pictured on the SAFE Haven Newsletter that month! Also with him was his sister “Wonder Woman.” She was so white and soft with a pretty patch of black on her face and between her ears. We were both “taken” but decided we were not quite ready to adopt.

The next week while volunteering, Gina Jennings asked if we were still interested in the two cats as a lady was considering adopting “Wonder Woman.” I immediately called my husband and told him we needed to make a decision on adopting, because I did not want these two siblings to be separated. It was on that day, October 14, 2011 that we brought our two cats home to stay! “Captain America” and “Wonder Woman” spent their first night in their new home sharing the same sleeping pad! They are now named “Brody” and “Abby.” They are sweet, gentle cats who love to sit in our laps, sleep on our bed and spend time on the screen porch watching the birds and squirrels. Our family and friends say they are our spoiled “babies” but we think that is just fine! They are a wonderful part of our lives and we love them dearly. Our son and his wife ended up adopting two kittens as well, so we are indeed a SAFE Haven family! We are grateful for the presence of SAFE Haven in our community. We continue to financially support the mission of providing a no-kill shelter and encourage you to do the same! 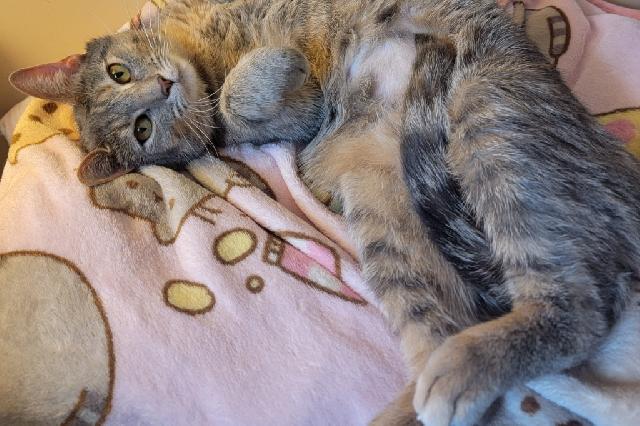