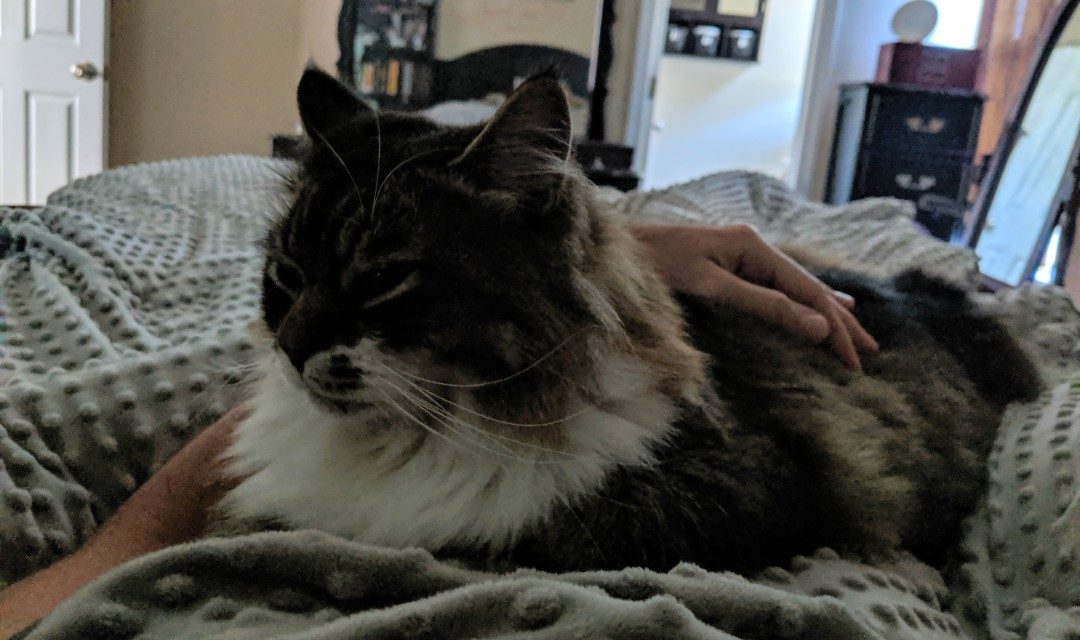 We were volunteers and foster parents at SAFE Haven for a couple of years and when there were two kittens, Eveyln and Clark, who tested positive for ringworm, we took them in for recovery and treatment. We figured it was much easier to maintain quarantine in our home rather than the shelter, especially with my background in microbiology.

While one kitten was outgoing and rambunctious (and extremely adoptable, she was only in the shelter for 3 days after getting a clean bill of health), the other was poor Clark. Between being yanked out of the feral colony he was found in and the ringworm treatments, he never really seemed comfortable around anyone but us. Coupled with that, our resident elder and foster socializer, Chester, had become rather fond of his much younger buddy. So, in spring 2014, we made Clark’s adoption official.

Fast forward a few years, and the rather large, shy kitten had become somewhat of a house bear, with all the size and clouds of fluff for days. He can frequently be found passed out under, on, or over whatever is around, and never too far from his older brother. He is still frequently scared of his own shadow, but has gained the confidence to bully a German Shepard who’s 8 times his size. He has yet to win a fight with Chester, though not for lack of trying, and has finally come to accept that not everyone is quite as scary as they might first seem. 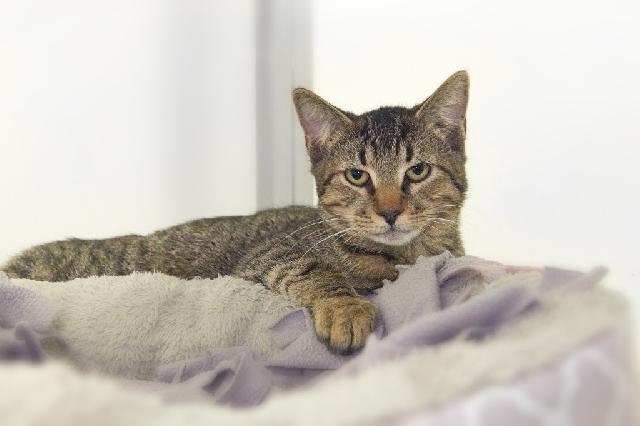